I was afraid that when I went and looked back at my notes from last night’s conversation between James Tanton and Andrew Hacker, they wouldn’t make any sense.  I bought the Sketchnote Handbook a few months ago, fantasizing that my notes would look like Ashli’s, but, alas, my creativity does not really extend into the note-taking dimension.  But I am pleased to report that I was fairly organized and thorough, so I hope this post will give you something of the flavor of the evening.

After an introduction by John Ewing, President of Math for America, the participants were given alternating 15 minutes in which to speak and present their ideas.  This was followed by a brief Q&A with the audience.

Andrew Hacker began the conversation by stating that the American governmental policy of requiring all children to take a full sequence of high school mathematics took a tremendous toll every year; failure of mathematics, he asserted, was the #1 reason students do not graduate high school.  And then he posed a question which raised a whole bunch of exclusionary red flags for me: Are we asking something of everyone that we shouldn’t?

Hacker referred to a statistic put forth by the American Diploma Project – that 62% of professions will require algebra at some point in the 21st century (my notes do not include the purported date – sorry).  He asserted that this number was grossly inflated – by over 1200% – and that the figure was closer to 5%.  We’ve created, he said, an oversupply of STEM-qualified people following this misguided notion.  Hacker also claimed that there was no evidence that math sharpened the mind.

Hacker is no supporter of the hyper-testing environment we find ourselves in, and decries the biases in tests which skew results, on the PSAT for example, in favor of boys over girls.  This bias, he said, was inherent in mathematics.  (Silly me – I thought it was on the part of the test writers.)

He closed his first 15 minutes by saying that he wanted to see alternative mathematics courses for those students ‘who didn’t need algebra’, and offered, as a suggestion, a class that he taught through a mathematics department entitled Numeracy 101.  He described this course as ‘not high-powered academics.’

Before I start writing about James Tanton, I have to issue a disclaimer.  Dr. Tanton is an ‘Aussie fellow’, who speaks fluidly and quickly with a charming accent.  As such, my notes on his portion of the conversation are sketchier, because (a) I was trying to keep up with him and (b) I didn’t have the kind of objections to what he was saying which would cause me to furiously record quotes as accurately as possible – quite the opposite, in fact.

James Tanton’s personal philosophy on math education is to joyously teach mathematics as a human story , rather than as a series of dry procedures.  He talked about some of the goals of education, and mathematics education in particular – learning about patience and

problem-solving, and metacognition (how do you know what you know?).  Tanton even asserted at one point that content was necessarily not the point in high school math (I hope I got that right, because I sort of agree), using the example of the  He discussed the structure and goals of the Common Core standards – what they are (The Story of Math) and what they are not (a curriculum – YES, YES, YES), and the importance and extreme relevance of the 8 Math Practices.

When  Hacker returned to the podium, he clarified that he didn’t object to the standards (although later on he said he did), but rather the testing of them, which would force teachers to teach to the test. (Because that’s not happening now.)

He talked about being on jury duty, and how knowledge of mathematics was not important to determining guilt or innocence, and shared an anecdote about an important insight (which did not require a math education) on a case shared with him by another juror – Jose the Bicycle Messenger, who had never seen the inside of a high school math classroom.

Yes, he said those words.  I was almost done listening.

To finish his second presentation, Hacker displayed the names of four huge game-changing companies – Google, Apple, Twitter and Starbucks.  He asserted that the power of these companies was not in their technology, but rather in their catchy and evocative names.  He concluded that we don’t need math majors, or engineers – what we need is more poets.

It was a relief to this listener to have James Tanton finish the conversation by agreeing with Hacker’s stance on testing, and then paint a picture of the Story of Trigonometry – how it was born of the need – the desire – to determine how high the sun was, and how far away things were when tools of measurement were not highly developed. The big ideas of

math were developed around the globe by different civilizations, each contributing to the larger picture.  He made his case again for telling the human story of math, to fill it with the joy and wonder of discovery, rather than with dry and decontextualized procedures.  (This echoed a point he made during his first presentation – that even though we may not have a reason to use the quadratic formula or completing the square professionally, learning about it has meaning if taught in a larger context – one in which algebra and geometry are interwoven and represent more than letters and disconnected algorithms.)

Just a couple of highlights from the Q&A, because this post is way too long, and this old lady needs to go to sleep:

If you’re still reading, thank you for sticking with me as I waded through my recollection of what was an important, enlightening, and (sometimes) inspiring event.  This blog post is a record of my notes, and I apologize if I have misquoted or misrepresented.   I have tried to as accurately as possible relate my perception of what I heard. 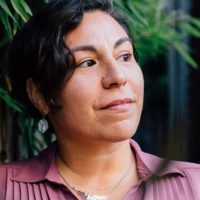 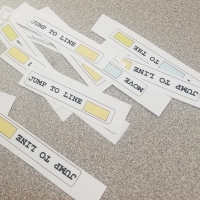 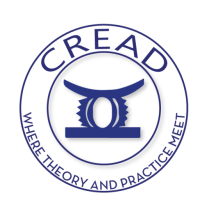 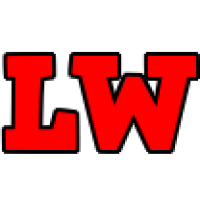